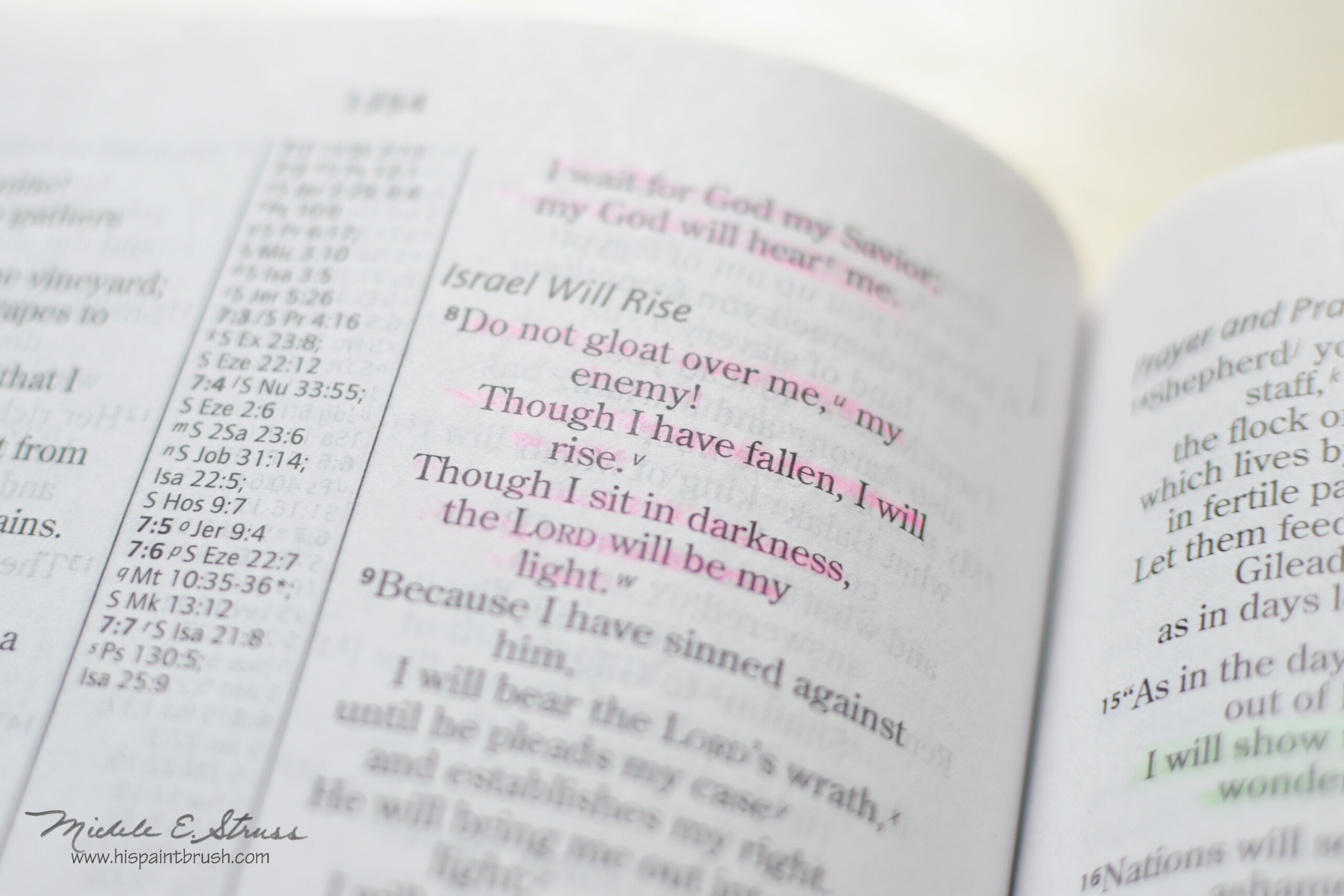 As most of you know, after 8 weeks of healing from a hip replacement and osteotomy, last week I began walking (with crutches of course!). The first four days went so well!! I was on a high as we saw much improvement in my alignment as I walked…even though it was (and still is) at a snail’s pace. I’d go a bit further each time, making it all the way to the kitchen by day two! Lol. Since those first few days though, some ‘giants’ have moved into my land and quickly stole my joy and praises; giants such as new physical obstacles, fear and discouragement.

Last night I had a dream that I walked into a situation where people were throwing rocks at each other. Suddenly, they were throwing rocks at me too. At first, I was scared and tried to dodge them to protect myself, but then something in me changed. I took on an attitude of authority and walked forward boldly with my head up (even though rocks were still flying), reaching my destination unharmed. Through that dream God showed me how I need to rise up and walk in the authority He has given me. My study Bible says, “The basic meaning of ‘authority’ (Gk exousia) is ‘the freedom and right to decide or act.’” In other words, I do not have to be controlled by my circumstances or by the enemy because of the rights that God has given me as His child. However, that stance takes fight and I am weary.

As to be expected, I come out of every surgery with such hope of easier walking, better alignment and less pain. Well, that hope was threatened this past week and as Proverbs 13:12 says, “Hope deferred makes the heart sick…”. I have always loved the song “The Warrior Is a Child” by Twila Paris. Though the song goes back 30 years (I know, I’m dating myself), the words remain a cry of my heart at times…

I am still wrestling through what seem to be some new normals that I have come up against since starting to walk last week, but do you know what David said regarding Goliath? “Let no one lose heart on account of this Philistine…” (1 Samuel 17:32a) While I will admit that my eyes have been taking note of the size of my giants this past week, my spirit keeps resonating, “God will prevail”. I know that to be true, though I do not know what that will look like; God may act supernaturally, he may use natural causes or my circumstances may not change at all. Whichever way He chooses, what I am perceiving as giants right now will not remain in my land as giants. My God will prevail and I will hold their heads yet, but first I have to sling some stones.

David said to the Philistine, “You come against me with sword and spear and javelin, but I come against you in the name of the Lord Almighty, the God of the armies of Israel, whom you have defied. This day the Lord will deliver you into my hands, and I’ll strike you down and cut off your head. This very day I will give the carcasses of the Philistine army to the birds and the wild animals, and the whole world will know that there is a God in Israel. 1 Samuel 17:45-46