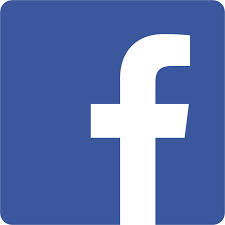 Passionate For Things I Was Passionately Against

You would think I’d learn to stop saying the word “never”, but apparently, I haven’t yet.  For many reasons, Facebook has held no interest for me, in fact, I have been quite adamant about wanting nothing to do with it despite many friends trying to persuade me.  But awhile back my friend Amanda started to talk to me about the benefits of Facebook for “His Paintbrush”.  She slowly opened my mind to the possibilities and potential of it and less than two weeks ago I took the plunge.  I have to admit, it was one of the best decisions I could have made as it positioned His Paintbrush to go further than I could have ever taken it on my own.

Let me think about some other times I said, “never”…  It probably started with going on the mission field.  As a kid I would feel SO BAD for missionaries.  I thought that being called to go to a third world nation was just the WORST thing that could happen to a person!  But somewhere along the way God changed my heart and since then I have taken about 15 trips to serve people in other nations.  With each new trip I go prepared to bless others, yet I am the one that is blessed by them.  My international trips have been some of the richest and most fulfilling experiences of my life.

Then there were the years when I was against doing paintings of people.  I am a watercolorist and watercolors are an extremely unforgiving medium.  If you make a mistake, there is very little you can do to cover it because the paints are transparent.  Additionally, my style is photorealism, so if you coupled the two, I thought there was no way I could ever succeed at painting people…and I wanted nothing to do with even trying.  But when there became a void of purpose in my work, I began praying for meaning and value through my gift.  God’s answer came through inspiration to paint…PEOPLE.  It was not an easy transition, but today it is my favorite subject to paint.   Additionally, all net profits from the sales of prints and note cards of each painting I have done of children from around the world go to help children in their respective countries.  God answered my prayer for purpose in my work with the very thing I was running from.

Finally, there was public speaking.  In my four years of college Public Speaking was my least favorite class; I had such a fear of speaking in front of others.  Of course, the guy I had a crush on had to be in there, so that helped nothing!  Not only didn’t I like to speak in front of others, but I was NOT good at it!  Let’s just say I took a D in that class…not one of my finer moments.  Several years later I got an invitation to speak at a church.  I said to God then, “I am willing, but You have to take away the fear”.  I knew I could not let any worth within me flow out if I was so bound in fear.  Indeed, God answered my prayer and now instead of being afraid, I get so excited with each new speaking opportunity that I am given!

What is my point in all of this?  “Never say never?”  Yes, but there is more. What roles of impact, fulfillment potential and purpose are we missing out on because we have our arms folded as we shake our heads and say, “NEVER”?  I’ve come to learn that the word “never” is God’s invitation to show His power and glory in our lives…when we allow Him to.

We can make our plans, but the Lord determines our steps.  Proverbs 16:9 (NLT)